I have some bad news but also very exciting news

The Billions Bubble Show promoted by Africa Events and hosted at Sun Arena Time Square this December would like to announce the following change in performances.

Due to contractual obligations that could not be fulfilled between Africa Events and Yang Productions, Fan Yang and his team will no longer be performing at the Billions Bubble Show 2018.

Africa Events are however very excited to announce that the award winning Underwater Bubble Show all the way from Latvia will be coming to South Africa this December replacing Fan Yang.

The Underwater Bubble Shows Enrico Pezzoli and his team have travelled the world, entertaining audiences in more than 53 countries. This Show combines illusions, Circus arts, laser, Bubble and Dance and more.

They have Travelled to Indonesia, Japan, Singapore, Dubai, Oman, Hong Kong and all over the Europe. In 2018 the Underwater Bubble Show received the award for “Best Family Show”.

“ We are looking forward to seeing Enrico Pezzoli and his team will capture the imagination of young and old attending the Billions Bubble Show this December at the Sun Arena Time Square, it’s going to be magical!” says Didi Singh Managing Director for Africa Events.

Some of the performances times have also changed, please see below changes for shows:

Current ticket holders have the option to either exchange their tickets for a different day and time or getting a refund. More information available on the website www.billionsbubbleshow.co.za 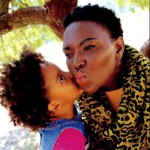 The morning after the ⛈

Sanitary wear options- for a GREENER YOU

This site uses Akismet to reduce spam. Learn how your comment data is processed.